The first of many notable anniversaries was today.

On February 21,1811 The Congress of the United States of America approved a bill authorizing the Secretary of the Treasury to take no more than 6 acres of land to build a Lighthouse at Cedar Point, Scituate. I was working with some documents today when I came across that citation and noted the date. That wasn't the day the whole ball got rolling but it must have been some sweet satisfaction for the petitioners who had lobbied Congress for a Light. They would not have heard the news for at least a week but surely there was a great sense of anticipation and pleasure when they heard. 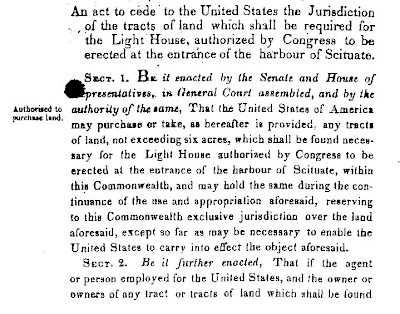 I wonder how they celebrated. I just went out and got myself a piece of carrot cake.
- February 21, 2011 1 comment:

A great deal to report on from out here on the tip of Cedar Point.

In a follow up to an earlier post I have a photograph to share. Just after the Boxing Day Blizzard the family pictured found the plaque described. Lost for nearly twenty five years it is recovered, cleaned up and ready to be part of the permanent record at the Mossing and Maritime Museum. Thanks go out once again to all the Concannons and especially to Brett (far right) who wanted to escape from this notoriety but could not. 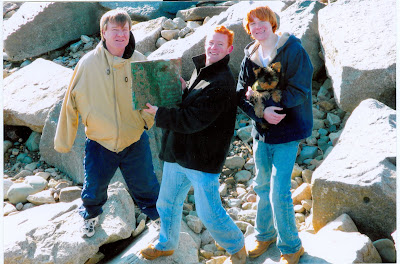 Brett's mom Meg dropped off this photo earlier this week. She described a tough dig out at the spot where the small jetty meets the beach. I was told that there were a few anxious moments and some wondering just which of those giant pieces of granite might move when this plaque was removed. In the end no harm was done. Dad Concannon had his arm in a sling before the find.

In another follow up to an earlier post, I received a DVD in the mail this week from the BBC. Titled "What is Reality" this is the documentary on physics that was filmed in part here on Columbus Day. The old house never looked better and the topic was as far away from the every day lives of most of us as can be. MIT professor Max Tegmark appears at the top of the Light using the window panes as his chalkboard. He writes down a number of equations and explains how they express physical realities like gravity and the motion of atoms. While sitting by the jetty he explains how he believes reality is math, that reality is not just described by it but that math is the basic building block. This is Platonic philosophy for the twenty first century. I will forward a date for the program when I get it. 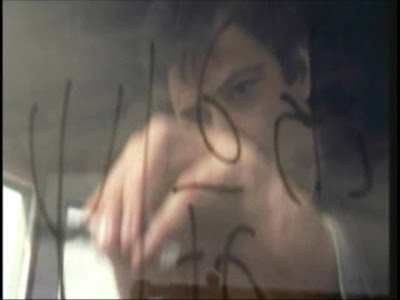 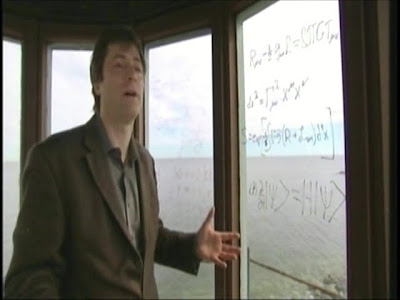 No group will ever have a finer day than Helen, Leili, Sam, Tobey and Max had that day and they took complete advantage of it. How they managed to get what they needed and not show the Cub Scouts, the families, and the hundreds of others that walked the jetty and played on the beach that day is the miracle of movie making.


Scituate will be celebrating its 375th birthday this year and as events become finalized I will include mention of them on the blog. We are hoping that the Light will be a focal point for several of the events as the milestones of the Town and the Light coincide.

Preparations continue for the 200th anniversary dinner for Old Scituate Light to be held this September 30th at the Barker Tavern. The tickets are being designed as I write and I will have news on their availability soon. The Historical Society currently has tickets to a five hour Lighthouse cruise through the Cape Cod Canal this July. Contact the Society at 781-545-1083 for more details. Tickets are going fast so call ASAP. Last summer's three hour cruise was one of the highlights of the season. Don't miss this one.

On February 23rd I will be speaking on Life at the Lighthouse at the South Shore Audubon Society in Marshfield. I have been looking forward to this chance for some time now and will offer the audience some brief remarks on the past two years here as Light Keeper. It is enormously flattering to have such an opportunity. My thanks to John Galluzo for the chance.

In the last two weeks we have taken the house room by room and given it a scrub. Just as we saw two years ago when moving in, Murphy's Oil and elbow grease has done the trick. The old floors come right back with some soap and water and the the wood work is free of dust for the moment. If I could get ten more degrees somehow I would get to the windows and knock that off the list. This office is the next room to get the treatment and that means it is time to wrap up this post. When next I write there will be a sheen to the desk and picking a book out will not risk a dust storm.
- February 13, 2011 No comments:

Something I Forgot to Do

A huge thank you is in order and I forgot to do it here.

Tom Greland teaches Building Construction at Marshfield High School. In the first week of 2011 he emailed me to let me know that his students could and would do the repairs to the wall torn up by the Boxing Day storm. Shingles were purchased and the students arrived.

The work has been complete for a week and a half and I have neglected to post this picture. The guys did a terrific job. We are water tight again.

I had hinted at this work when I posted the panoramas. In the top photo of that set you can see the guys at work along the runway and at the damaged wall.

I could not be more grateful and I hope you can see on these faces how these kids responded to this opportunity. Good people doing good things. I should have said thank you here sooner.
- February 02, 2011 No comments: